Preserving meat was a necessity since man started to hunt. Meats can be preserved by the following methods:

Most bacteria hate salt and will grow very slowly or not at all, depending on the amount of the salt that was applied. In addition, salt removes water which is available to bacteria, thus further inhibiting their ability to grow.

In fruits and grains fermentation is accomplished by yeasts which break sugar into alcohol and CO2 (carbon-dioxide, soda gas). The examples are making pure alcohol, beer or wine.

In meats and vegetables the fermentation is accomplished by breaking sugar into lactic acid and CO2 (carbon-dioxide, soda gas).For vegetables the examples are sauerkraut, beets, radishes, fermented cucumbers. For meats the best example is traditionally fermented salami. Make note that meat contains a miniscule amount of sugar (glycogen) and will not be preserved by fermentation process alone. It must be supported by meat drying, otherwise it will spoil. Around 3-3.3% of salt is needed to prevent the growth of spoilage bacteria. In addition sodium nitrite is added to prevent the growth of pathogenic (dangerous) bacteria. Lastly, the entire process must be conducted at low temperatures, especially in the initial stage.

You can preserve sausages by fermentation alone, when the following conditions are met:

Drying relies on the elimination of free water that otherwise will be available to bacteria. Bacteria need food like any other organism or creature. Bacteria cannot eat dry foods, they first must dissolve nutrients in water, and only they can absorb them. They behave like a sponge, or a paper towel. The paper towel will not pick up dry food, but it has no difficulty in absorbing a liquid mess. The examples of dry meats: jerky, biltong, dry sausages (Spanish chorizo), dry hams. An adequate amount of salt is needed to prevent spoilage bacteria from growing. In addition sodium nitrite is added to prevent the growth of pathogenic (dangerous) bacteria. 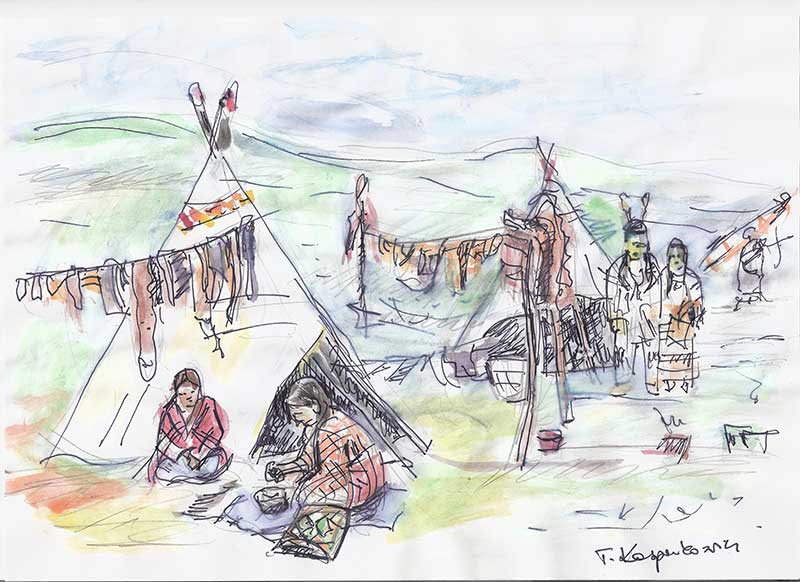 Freezing is not really a preservation method and is not covered by our discussion.