Asado is a very popular Argentinian method of meat roasting. A spit is set at about 45º angle and meat is secured to the crossbars. In case of a large piece of meat, the spit may be impounded at 20º angle as the weight of the meat will bend it further. After the first half of the piece has been cooked, the spit is pulled up and turned around to complete cooking of the second half. 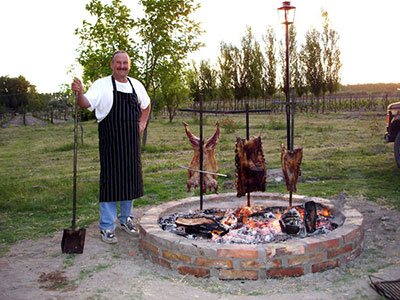 Smaller animal such as lamb or goat can be roasted in about 4-5 hours.

Adjustable vertical spit. Some factory made models come with leg supports and the means of adjusting the vertical angle.

A typical spit used for larger pieces of meat. 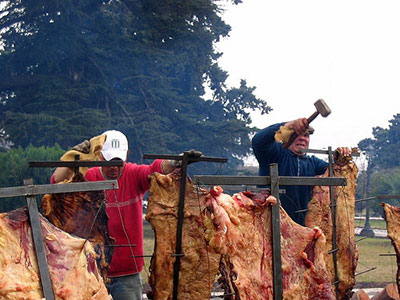 Hammering the spits to the ground. 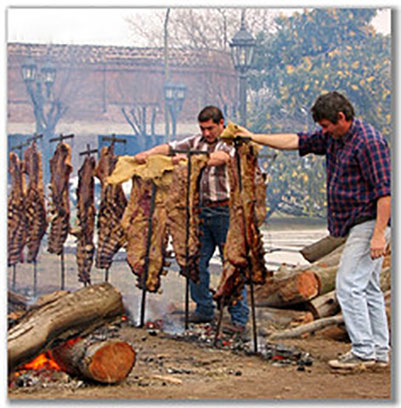 Setting up the angle. 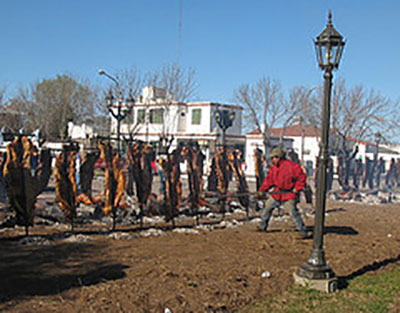 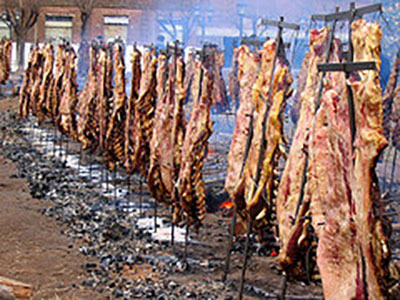 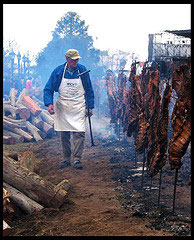 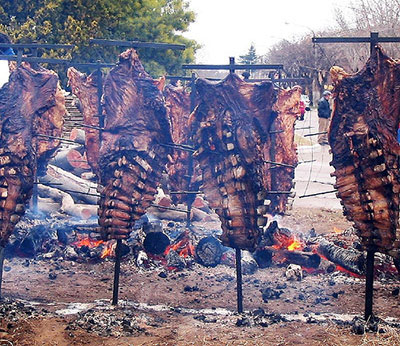 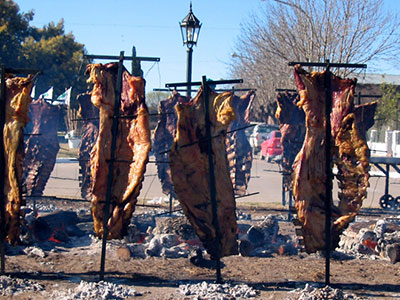 Photos taken on the 17th of August, 2008 during the festival in Tres Algarrobos, province of Bueanos Aires, Argentina. This locality has 300 years of rich history, is inhabited by 3,000 people who work in agriculture. Every year for three days in August (17-19), a festival takes place there with dance and song, fireworks, display of the latest agricultural machinery and of course the famous "asado". In 2008, the total of 113 "costillares", the huge beef ribs were grilled in a popular asado style.

7:00 AM - the hot coals are moved towards the ribs, the bone side first

10:30 AM - the spits are turned around and the meat side faces heat now. It can be seen on the first and the last photos that the bulk of hot coals is situated in the spit alley (between the rows of spits). The smaller piles of coals on outside provide heat to already cooked meat. The photos were taken around that time.