Can sealer hermetically seales cans. The process of attaching the can end (lid) to the can body is called double seaming. This seam is formed by mechanically interlocking the outside end of the lid known as the "curl" with the top part of the can body known as the "flange." 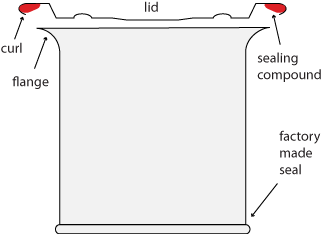 A double seam is formed by joining the body of the can with the lid, which in trade is usually referred to as the cover or the end. The body flange and the curl of the lid interlock together and form a strong mechanical joint. However, this joint, although strong is not yet airtight and cannot be considered to be a hermetically formed closure. A sealing compound is attached to the curl of the lid. Compressing the lid and can body together forces the soft compound sealant to flow and fill any little spaces that might be present in a double seam and the combination of a double seam and the dealing compound makes a hermetically (airtight) formed closure. The amount of the compound sealer and its composition depends on the style of container and the method of sterilization. Each double seal consists of five layers of metal interlocked together: three from the lid and two from the body of the can.

There is a round flange on top of the body of the can. Can sealer will bend it together with a cover curl.

A cover carries a sealing compound inside of its curl. 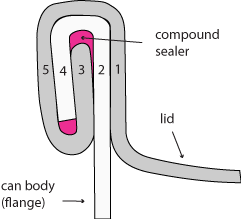 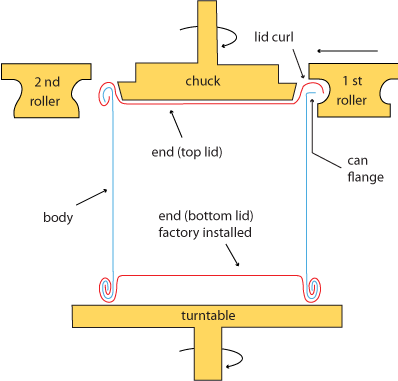 Basic parts of a sealer.

Each sealer or "seamer machine" (industry name) has a:

Sealing is a critical operation in the can processing. It must protect the contents of the can during thermal processing, and it must isolate canned food from microorganisms and air during storage. 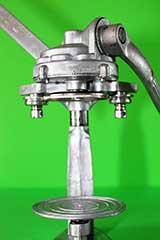 Ives-Way sealer. Chuck, 1st and 2nd roller and turntable. This turntable is free spinning and so are the rollers. The manual crank turns the chuck and the chuck turns the table (through the can).

There are two sealing machine designs:

Our discussion is limited to the "can still" design as the sealers designed for home market are based on this principle.

There is a negligible amount of information on Spanish sausages in English, and even the Spanish books offer only a few recipes with general information, very skimpy instructions and hardly any explanations. "Spanish Sausages, Authentic Recipes and Instructions" fills this void and the readers will know not only what is a chorizo, longaniza, salchichón, fuet, morcilla, butifarra, salchicha, sobrasada, fiambre, androlla, butelo, morcón as well as many others, but also learn how to make each sausage. Of special interest is a collection of 200 recipes which were chosen for their originality and historical value. The book is a highly recommended addition to personal and professional culinary additions.